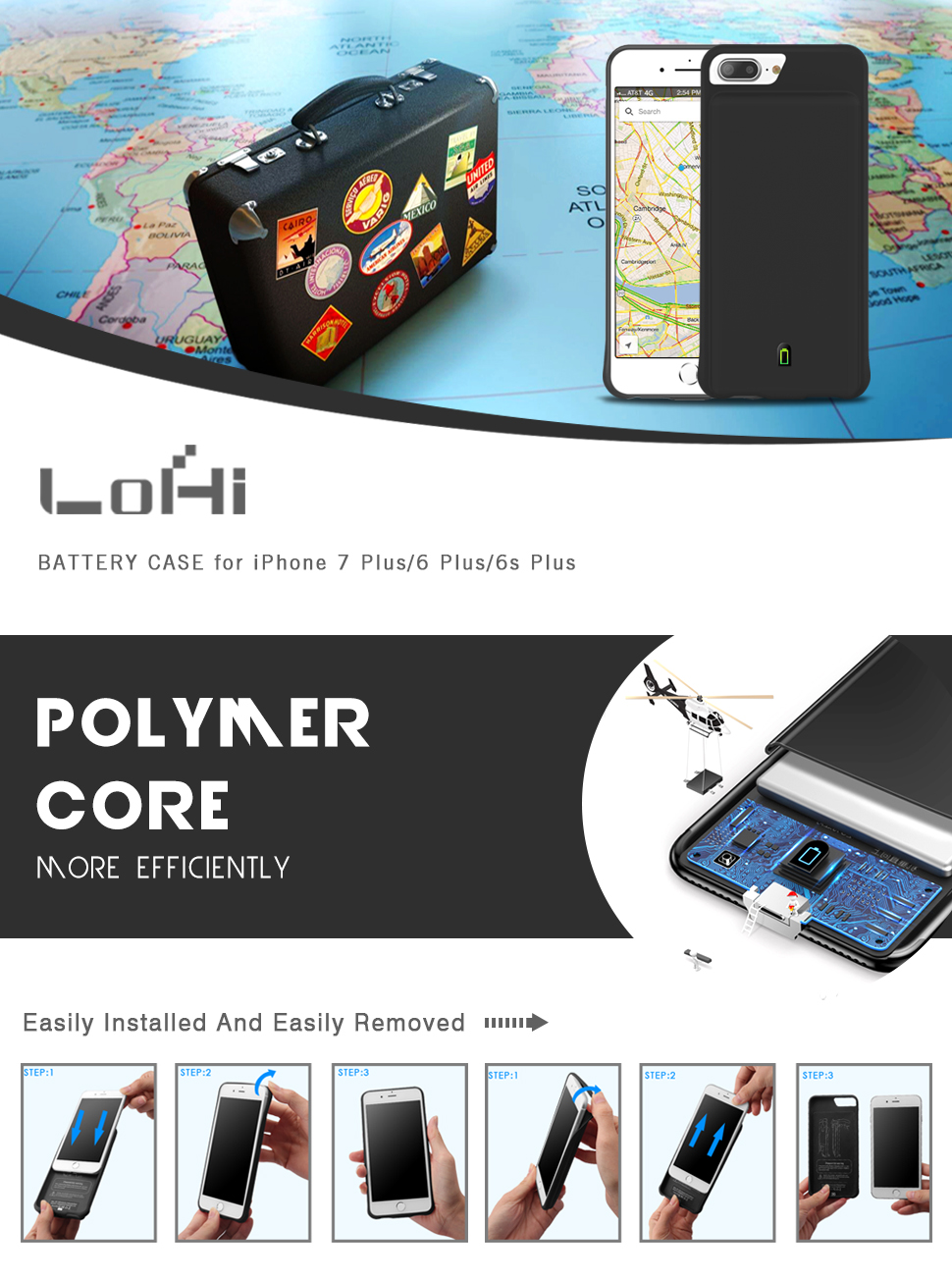 Feel free to enjoy every moment with your phone. Our battery gives you 100% help for keeping it alive

Pros:
Different colour led indicator will show how much juice is left.
Charge replacement technology,add more than 200% battery life.
No excessive bulk perfectly fits the headphone with audio jack extender.
Magnetic car phone design,add 0.36inch and 5.9 oz to your iPhone 7 Plus / 6s Plus / 6 Plus.
Full Support with iOS versions and all future updates.
Use original lightning cable to charge your 7 Plus / 6s Plus / 6 Plus at first, then transfer to charge the battery case automatically, as well as sync your iPhone to iTunes without removing the battery case.
Safety Information
This product is made of high quality lithium polymer batteries；Please set assured of it. Do not throw，remove or pierce the product; Do not expose this product to fire, heat or water; we suggest you using original brand power adapter (5V/1A ONLY) for charging. If you find this product bulged or the charging equipment bulged, Please stop using the product. Avoid connect metal objects with the charging port, or it will cause short circuit damage. Please keep this product and related accessories out of reach of children.